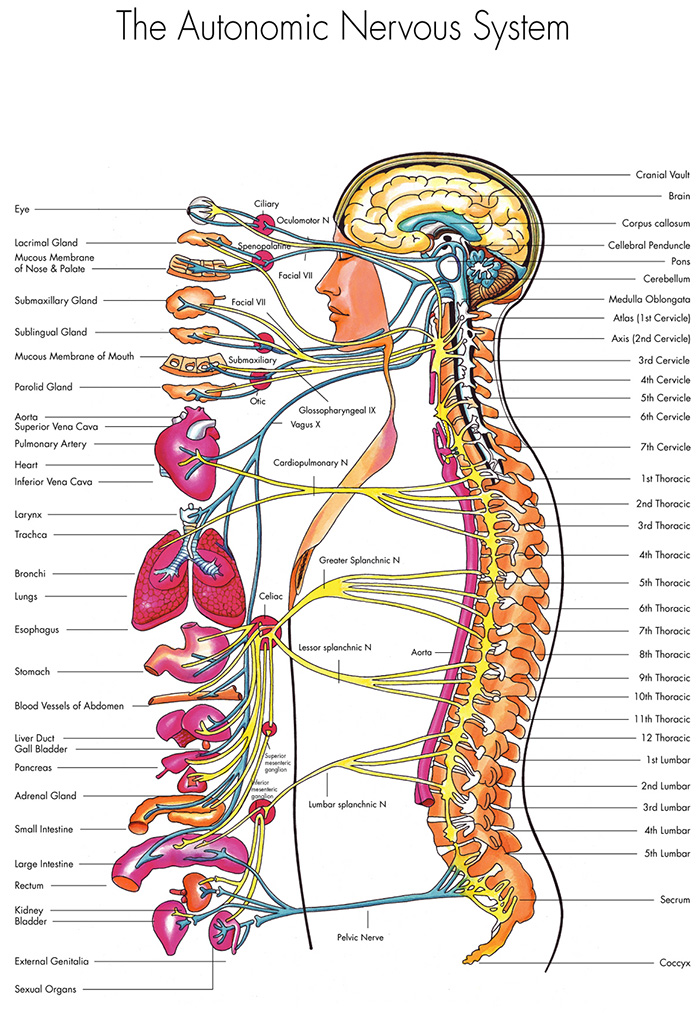 The Autonomic Nervous System is a very fundamental part of the human nervous system. It

At DyAnsys, we have researched and solved an information extraction problem that combines medicine, computer engineering and mathematical physics. This new and proprietary paradigm allowed us to invent, to patent (in 2006) and implement a unique technology which thoroughly monitors the states of the Autonomic Nervous System (ANS) and the associated changes. We extract the autonomic information from the variability of the R-R time-intervals present in the EKG signal. Our technology allows non-invasive real-time monitoring of beat-to-beat changes, thus providing the measurement and clinical assessment of a system, which previously eluded direct observation. The link between heart rate variability and its ANS regulator is a long-known scientific fact; it however required a novel approach, which would de-facto extract the available information.

Our technology allows us to extract 2 separate activities in each increase or decrease of Heart Rate thus allowing us to quantify 4 possibilities as shown.

We extract 2 important indices that enable the clinician to diagnose the proper functioning of the ANS. The first, which is a long-term indicator of the health of the ANS, is defined as the ability of the two systems to work together. This is defined as autonomic dysfunction and is a measure of how well the two systems work together. This is a percentage measure and since we are measuring dysfunction, the lower the percentage, the lower the dysfunction. People with well functioning ANS have percentages less than 20%.

The second, which is a short-term indicator, shows the interaction of the two systems on a beat-to-beat basis and is called the sympathovagal balance. We use the analogy of a free body hanging in space, subject to two opposing forces ( in this case the sympathetic and the parasympathetic systems). The trajectory thus described depicts the relative strength of the two systems. Again, in a well functioning ANS this trajectory has a definite parasympathetic bias. 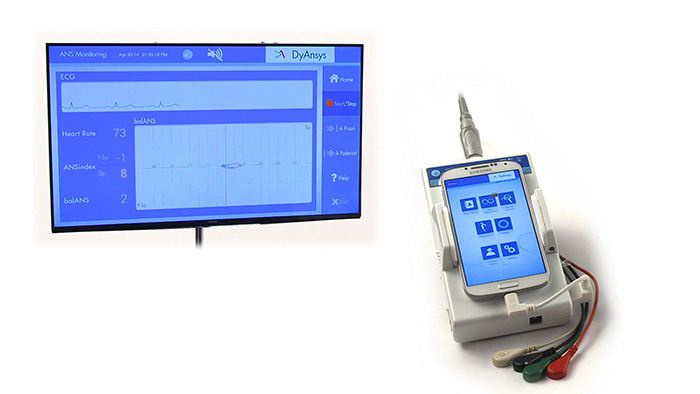 Back to product technology

Your shopping cart is empty.